In Case It Happened to You: Treatment Options for Post-Vasectomy Erectile Dysfunction 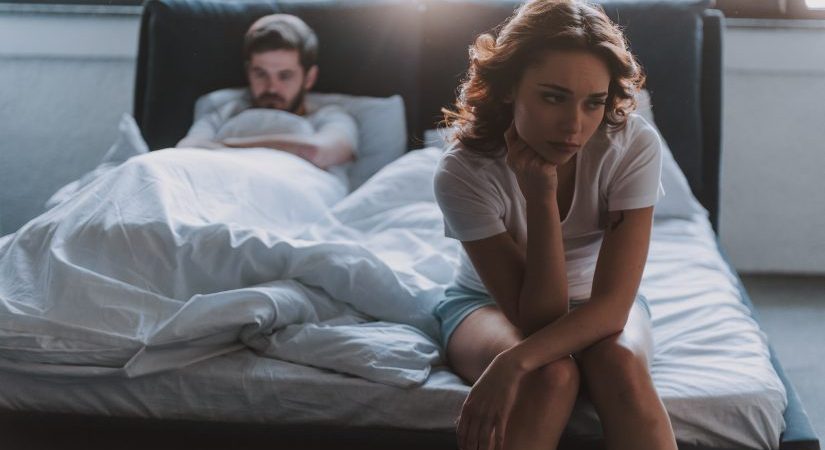 Millions of men all over the world undergo vasectomy annually. Vasectomy is an operation implying ligation of vas deferens. This surgery blocks mixing of semen with seminal fluid and thus, prevents a woman from conceiving. The procedure does not affect patient’s libido, sexual activity and ability to reach erection. Moreover, vasectomy is reversible.

Men going through vasectomy are generally worried about impotency or erectile dysfunction, which is inability to maintain erection or to ejaculate. However, cases of impotency due to this procedure are extremely rare. According to the International Federation of Gynecology and Obstetrics (FIGO), some men report improved sexual life after vasectomy.

Vasectomy is a quick outpatient procedure after which a patient will not need to visit a hospital, and he can return home on the same day. A physician will probably recommend not going to work for two or three days, trying not to lift weights and avoiding sexual activity for a week. The procedure is usually carried out in the doctor’s office or medical room under local anesthesia and takes no longer than 20 minutes; no stitching required. Pain is often described as minor. Only 2-3% of men report chronic pain or discomfort after vasectomy.

The most common approach is percutaneous or minimally invasive vasectomy. A surgeon will find the area, vas deferens, under scrotum. Vas deferens holds sperm which mixes with ejaculate. He will make a hole to bind vas deferens. This process will not affect male erection and ability to achieve orgasm.

The main function of vas deferens is to carry ejaculate from testicles outside. Sperm advances due to the wave-like contraction of pathways. During orgasm, secret from seminal vesicles together with spermatozoa enter urethra through jerky contractions, and then reach female vagina. The bottom line of vasectomy is that thin vas deferens is ligated, as a result of which the sperm cannot get to seminal vesicles. Very small incisions are made on the skin of scrotum.

A surgeon disconnects the ends of the ducts and closes them with clip, titanium mini-clamps. A man is discharged home on the same day. During rehabilitation, it is important to follow two simple recommendations: to avoid heavy physical exertion over the next two days and to be protected for eight weeks. Please, note: a patient can have unprotected sex only after the spermogram confirms absence of semen in ejaculate. Side-effects are generally absent.

Why Is Post-Vasectomy ED Generally Excluded?

The operation does not affect sexual desire, erection and orgasm, because testicles continue to produce testosterone. Thus, the hormonal background is well maintained. The volume of seminal fluid does not decrease, since the share of semen in ejaculate is only 1%.

Vasectomy does not affect the quality of sex, since the essence of intervention is reduced to a mechanical violation of the patency of vas deferens through which sperm enters the liquid part of the ejaculate that accumulates in seminal vesicles. After vasectomy, a patient retains the status of a sexually sound man with the only difference being that his seminal fluid loses the ability to fertilize. All other components remain the same.

It is widely believed that vasectomy also affects the biological age of a man. In a number of countries, surgery is performed to rejuvenate organism due to hormonal activation of testicles after the procedure.

Even if the procedure is performed for medical reasons, a patient must sign a consent document, since the reverse intervention to restore reproductive function is not always successful. The reverse operation allows a man to restore fertility during the first five years; later the body ceases to produce full-fledged sperm. That is why men generally resort to surgery only when they already have children, or for serious reasons (for example, severe hereditary pathologies). The question of the feasibility of vasectomy is decided by an andrologist. It should be noted that in 1% of cases after intervention, the function of vas deferens is partially restored, as a result of which functioning sperm cells appear in the seminal fluid.

Since vasectomy does not cause ED; reversibility of it will not cause it either. Testosterone production remains unchanged during both treatments. Vasectomy reversal is a surgical procedure in which the cut ends of the vas deferens are connected again. This procedure takes more time than vasectomy, since it requires more actions. It is possible to do the reverse procedure even ten years after vasectomy. As with vasectomy, when reversing, it is also important to fully consider the consequences.

Can Impotency Be under Threat?

The development of ED due to vasectomy is rare. The strongest link between erectile dysfunction and vasectomy is mostly psychological. Depression and stress can increase patient’s risk for ED. These feelings can interfere with sexual feelings. If a man is concerned about the possibility of developing ED due to vasectomy, he can rest assured – there is no connection between them. Doctors have been performing vasectomy since the 1800s. Studies related to vasectomy over a hundred years have never provided significant evidence that it causes impotency.

The answer is laconic: no. The use of pro-erectile drugs after surgery can be necessary for complete psychological restoration of a patient. Studies show that vasectomy does not require therapeutic measures for ED restoration, since no harm is done due to operation. But for the sake of prophylactics, there are methods of treatment of postoperative impotency for your attention. The most popular are the following:

PDE5 inhibitors, due to their effectiveness, ease of use, excellent tolerability rate, safety and beneficial effects on the patient’s quality of life, significantly changed the principles of ED treatment. Today, these drugs have taken a position as first-line drugs for ED. They are not cheap, but ordered through a patient-benefit service at Trust Pharmacy, they can cost a fraction of their market price. This opportunity entails serious savings for you as a consumer, topped with an excellent choice of dosages, drug forms and manufacturers. If you are concerned for the shipping fees, the system in place can bring them down or even annihilate them with an elaborate discount system that spans both the products and the shipping services.

In the early postoperative stages, it is recommended to take Sildenafil in a dosage of 50mg. This allows a patient to preserve smooth muscle tissues in cavernous bodies. Patients using sildenafil daily also have a high probability of erection self-recovery after vasectomy. Such data were obtained as a result of comparison with placebo under conditions of bilateral preservation of nerves after surgery and stable healthy potency in front of it. In addition to the drugs described above, Tadalafil and Vardenafil were also studied as medicines for patients to use at request

The effectiveness of tadalafil in relation to its ability to positively affect potency in erectile dysfunction has been studied by experts in Europe, Canada and the U.S. In 72% of cases, taking tadalafil in a dosage of 20 mg was accompanied by relief of erectile dysfunction, whereas for the placebo group, these indicators were only 23%. As for successful attempts to resume normal sexual life, such therapy in the same dosage led to 51% effectiveness, and placebo – to 25%.

A multicenter, prospective, placebo-controlled, randomized trial in North America examined the effects of vardenafil on the potency of patients with erectile dysfunction after nerve-saving single- and double-sided surgery. A dosage of 20 and 10 g in conditions of bilateral nerve-sparing surgery stopped impotency in 70% and 59% of cases, respectively. An extended analysis in men undergoing the same operation revealed an obvious advantage over vardenafil compared with placebo. These advantages include success and high satisfaction with sexual intercourse, the degree of erection, the ability to achieve an orgasm, etc.

Scientists from 87 European, Canadian, American and South African centers conducted a multicenter study with double placebo control to compare vardenafil overnight and on-demand. The study involved men with ED. With an international index of erectile dysfunction, taking Vardenafil at request was quite effective. This indicates a smooth change in the opinions of doctors in favor of inhibitors. In turn, the absence of the expected psychological effect after vasectomy, prophylactic administration of PDE5 inhibitors may be recommended.